The School of Pharmacy is a full member of the American Association of Colleges of Pharmacy (AACP). The Doctor of Pharmacy program at LAU is the only one outside the United States of America that is accredited by the Accreditation Council for Pharmacy Education (ACPE). The initial accreditation review took place in 2002, when full accreditation was granted. Hence, Pharm.D. graduates are eligible for licensure as pharmacists in most U.S. states and provinces.

In January 2015, ACPE granted the program continued accreditation, which extends until June 30, 2023, representing the customary eight-year cycle between self-studies.

LAU’s Pharm.D. currently remains the only Pharm.D. program outside the United States that is accredited by ACPE. 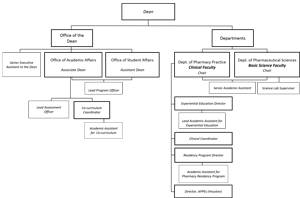 The bylaws of the LAU School of Pharmacy provide regulations, operating guidelines and procedures for School governance and organization, Faculty duties, voting eligibility, Faculty and departmental meetings, and standing councils and committees.